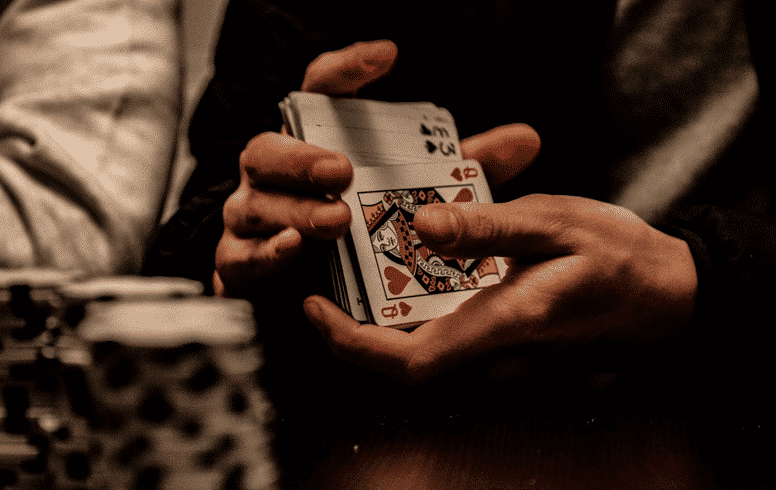 If you’ve followed MMA closely over the years, you may well have noticed that the sport has an almost bizarre number of connections to the poker world. Terrence Chan may be the first person who comes to mind when you think of this connection, because he essentially emerged on the pro poker and MMA scenes around the same time. But he is by no means the only connection.

About a decade ago, two pro poker players known as “RasZi” (LexVelduis) and “ElkY” (Bertrand Grospellier) put on an MMA exhibition as a sort of extravagant bet. It was a one-off event in which RasZi dropped ElkY in a matter of minutes, but it helped to build an early bridge between poker and MMA. And in the time since, several prominent figures have crossed the lines more regularly.

In 2019, a trio of MMA figures (commentator Bruce Buffer, Johnny Walker, and Daniel Cormier) became brand ambassadors for the PokerStars network – more or less forming an official bond between PokerStars and UFC. And in the meantime, MMA overlord Dana White has reportedly had so much success at the card tables that he’s been banned from Las Vegas casinos for winning too much. Granted, White’s winnings supposedly come mostly from blackjack, but it’s a safe bet a guy winning that much knows his way around a poker table also.

So what exactly is behind the consistent connection between these and other MMA figures and the world of poker? It may well be coincidence, for the most part. But there are also some particular explanations that make sense.

It might be as simple as Las Vegas being a sort of home base for UFC. Fighters and others connected to the sport are constantly in close proximity to the Las Vegas poker rooms, which — it goes without saying — are among the best in the world. Even if most actual MMA fights in town take place at UFC apex, venues like the Aria, Bellagio, Wynn, and more are never too far away. Indeed it’s a good bet that fighters and their teams stay at these resorts, directly above legendary gaming floors and poker rooms, quite frequently. Poker is simply part of the culture in the de facto hometown of MMA.

Part of the draw of poker to MMA figures (and vice versa) may also be the simple fact that the game provides a competitive release. The kinds of people who get involved in something like mixed martial arts are not merely competitive in the octagon, but rather are competitive by nature. As is the case with athletes in many other sports, they often seek out additional ways of releasing that competitive energy when they aren’t fighting. It’s why we see so many athletes take up golf in their spare time, and may well have something to do with why plenty play poker as well.

Poker may feed the competitive energy of a pro fighter, but it also requires some similar skills. Again, this likely explains why a lot of athletes in general turn to things like poker and golf. People in sports have to learn to focus on a task at hand, operate strategically, read opponents, and develop short memories for good and bad outcomes. The best poker players, meanwhile, thrive on the same skills. In this sense the game is often just a natural fit for an athlete, whether from MMA or elsewhere.

Finally, it may also just be a celebrity thing! MMA fighters have developed more and more of a presence in mainstream celebrity culture over the years — and will likely trend even further in that direction given the emergence of influencer personalities like Jake Paul in fighting circles. It’s a vague point, but celebrities simply seem to enjoy showing up at poker tables now and then. Or perhaps it’s just that we tend to notice when they do. Whatever the case, it’s not out of the question that the more recognizable MMA fighters become, the more we’ll see them playing poker.

Again, there’s undoubtedly some coincidence at hand also. But given all of the above, it’s not so surprising that we have seen and will continue to see plenty of crossover between MMA and poker.